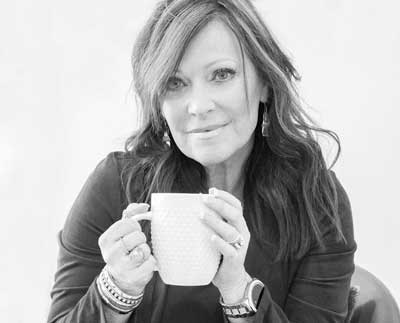 Dawn Scott Damon is a pastor, speaker and award-winning author whose 4 award-winning books, include “When a Woman You Love Was Abused” published by Kregel Publications, “When the Woman Abused Was Me” and most recently, “The Freedom Challenge: 60 Days to Untie the Cords that Bind You” published by Redemption Press.

Dawn worked closely with New York bestselling author Cecil Murphey, co-author of 90 Minutes in Heaven and When A Man You Love Was Abused. Together, Dawn and Cecil presented two conferences titled, When Someone You Love was Abused: Help for Those Suffering from Childhood Traumas.

Dawn also writes a blog for women who have experienced trauma at Freedom Girl Sisterhood – freedomgirlsisterhood.com

Also known as “Your Freedom Coach”, Dawn is the radio host of the Freedom Girl Sisterhood radio show, and serves as an authority on sexual abuse and trauma. She is also a regular contributor featured on Salem Radio’s Life!Line with Craig Roberts in San Francisco; a drive-time talk show in the nation’s 4th largest radio market.

Dawn’s other published works include contributions to The Grandmother’s Bible (Zondervan 2008), the Hope in the Mourning Bible (Zondervan 2013), Charisma Magazine, and Spirit-Led Women’s PowerUP. Dawn has also served as a columnist for Beyond Words Magazine and contributed to Alison Bottke’s Boundaries for Adult Children.

As a popular keynote and conference speaker, Dawn Scott Damon is an engaging and dynamic communicator who inspires audiences to maximize their God-given purpose and potential in Christ. Dawn ignites dreams by using sound biblical teaching, personal stories and splashes of humor to awaken the gifts and callings in listeners.

For ten years, Dawn was a featured presenter with the National Women’s Conference Time Out! and has shared the platform with speakers such as Kay Arthur, Joni Eareckson Tada, Florence Littauer, Kathy Troccoli, Ellie LoFaro, and Priscilla Shirer.

As an ordained minister with the Wesleyan Church, Dawn is the Lead Pastor of the multi-cultural Tribes Church in the North Grand Rapids area.

Dawn’s other ministry facets include hosting Freedom Girls Sisterhood, her own Blog-Talk radio program, Freedom Girls Conferences, serving as a national guest speaker and preacher, and involvement in numerous other national and community ministry activities (Music for the Soul board membership, prison ministry, women’s ministries, etc.).

As a singer/songwriter, Dawn has produced three musical projects and recorded numerous audio teachings, which she continues to create and distribute.

Whether Dawn is leading support groups, producing radio and webcasts, or preaching to large crowds, the power of her testimony has been used by God to ignite hope and healing in the lives of thousands.

Dawn and her husband Paul Damon reside in the Grand Rapids, MI area and have a full family of three married children, two college-age sons, and 11 grandchildren. 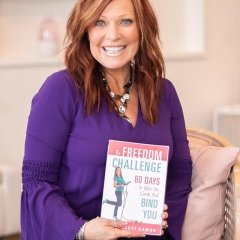 DAWN SCOTT DAMON
I'M A PASTOR, SPEAKER, AND AUTHOR WHOSE MOST RECENT BOOK THE FREEDOM CHALLENGE: 60 DAYS TO UNTIE THE CORDS THAT BIND YOU, RELEASED IN SPRING 2019.

Join me and other women who long to pursue their freedom in God; growing, developing and possessing all that our Master Designer has created for us.